Sands Hyperbaric Corporation, located in San Diego, CA has long been a pioneer in hyperbaric chamber manufacturing. Founded by Robert Sands and later taken over by his son Justin, the company has been noted for continually being on the cutting edge of hyperbaric technology from its earliest days. Robert Sands, noted as one of the preeminent hyperbaric engineering designers in the world, took his incredible interpersonal skills, enthusiasm and long-term vision for hyperbaric technology and dedicated himself to designing hyperbaric chambers that would not only help with deep-sea diving but also treat many life-threatening and debilitating illnesses.

Having established a number of hyperbaric treatment facilities across the United States and other countries, Sands and son Justin turned their attention to creating hyperbaric chambers that would aid in the treatment of brain tumors and head injuries. As Robert saw his hyperbaric chamber designs being patented and used by the United States Military and other military units around the world, he turned his attention to founding Sands Hyperbaric. Concerned with the lack of treatment for chronic conditions, he set his sights on designing chambers to help people with various medical conditions. The result of this was the Series III Clinical Monoplace, a patient-friendly and simple to use chamber that resulted in a breakthrough in using hyperbarics to treat medical conditions.

One of the principal goals of Sands Hyperbaric Corporation has always been to create chambers that could be manufactured at reasonable costs and in limited quantities if necessary. By being able to revolutionize the manufacturing of these units, Sands Hyperbaric Corporation has allowed these units to become much more affordable to produce, with the idea that someday the units could be built in third-world countries and utilized to treat the many different health problems in those nations.

Sands Hyperbaric Corporation has since taken its commitment to treating those with debilitating illnesses to a new level. Focusing on those with brain injuries and strokes, they have been working to create chambers that are patient-friendly to those with neurological conditions. Utilizing the medical knowledge of a Science Advisory Board, consisting of specialists in medicine, science and other fields the company has since turned its attention to the creation of outpatient treatment centers using HBOT technology. As the technology continues to develop and medical science makes more advances in treatment, Sands Hyperbaric will be there continuing to find new and innovative ways to help patients.

No products were found matching your selection. 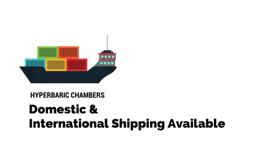